Today, in an incredibly interesting Dev post, Forrest Dowling of The Molasses Flood took some time to explain the process of creating the UI of the forth coming survial RPG, The Flame in the Flood. The UI is something that is seamless and invisible if it is done well, despite the fact that you’ll be looking at it for a huge  amount of your time playing any game. However, get it wrong, and it sticks out like sore thumb. Therefore, it is particularly interesting to see the though that goes into UI creation by an Indie Developer.

Above is how it all began, with an WiP image from the game’s Kickstarter The thought process behind the UI creation makes a ton of sense, as explained by Dowling:

Allowing players to use either a controller or mouse and keyboard is really important to me, and was a very early goal for the project. People use their PCs in lots of different ways, and allowing the player to use their preferred input method was something I knew we wanted to support…

The lists & buckets with contextual menus seems like a good balance. A mouse & scroll wheel is a fast way to navigate a list, as is an analog stick. It also works well with focus, and important idea in controller based input (what thing are you interacting with currently?). Also, as a core approach, if it was good enough for Skyrim, with the hundreds of items you can carry, it should be good enough for our needs.

Of course, the inventory has gotten a suitably artistic face-lift since the Kickstarter:

[The inventory] can be navigated rapidly no matter which input method you prefer. Highlighting an item gives you a contextual menu of actions you can take with it. You can move between inventories with triggers & bumpers or clicks. Your backpack has a limited capacity, so the list of held items won’t be too much longer than what can comfortably fit on a screen. We’re using color coded icons to denote types of items, and will probably be sorting by type followed by alphabetical order.

The team also showed of their icon sheet, which is always cool to see, like seeing the raw building components behind some incredible unassembled engine: 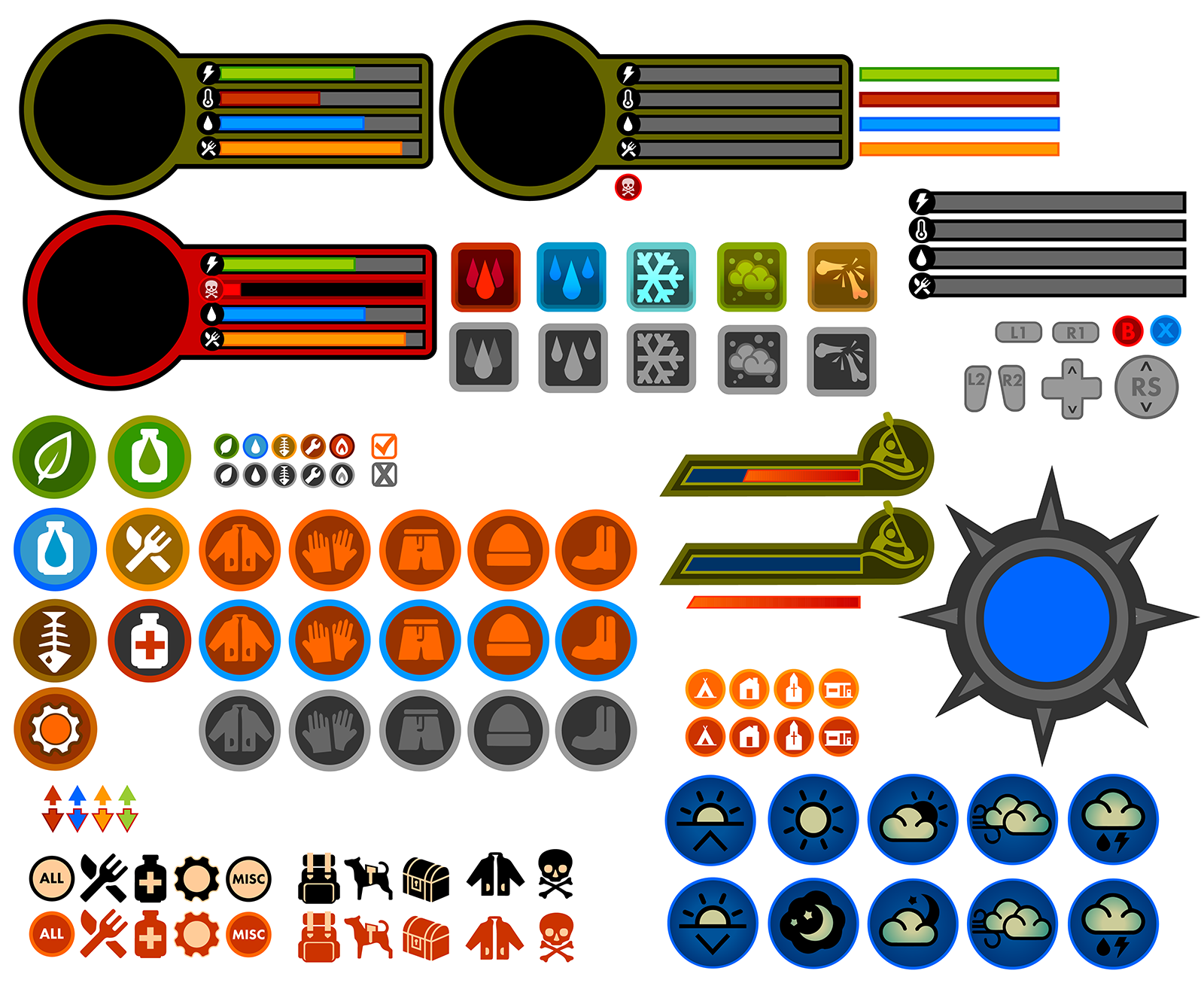 I’d encourage you to give the entire Dev Blog a read, since it gives even more insight into the other parts of the UI, the status bars, and more.

Tags: Development, The Flame in the Flood, The Molasses Flood, UI